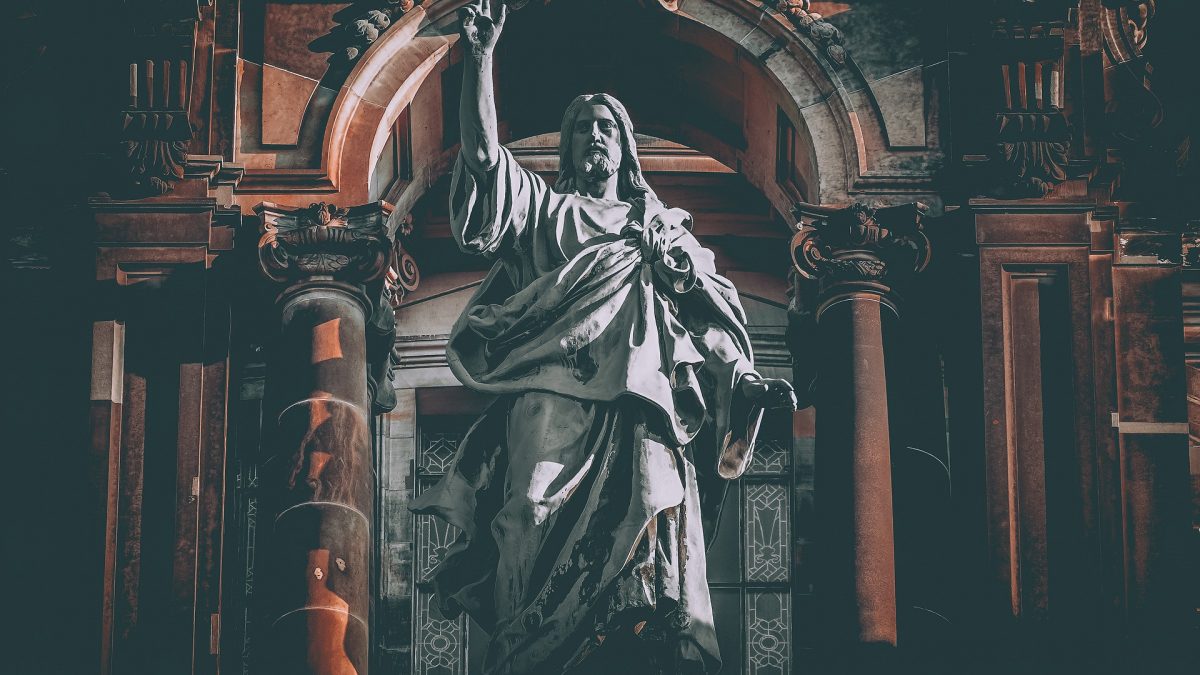 Update: when I wrote about Philly Jesus yesterday afternoon (EST), I had no idea that another news story about JC’s biggest fan had surfaced.

Read about Philly Jesus yesterday and couldn’t get enough? Boy, have I got an update for you. Michael Grant, a homeless Christian who cosplays as Our Lord and Savior and has been known to disrupt Center City events with his proselytizing, was trespassed from a local church yesterday for interfering with the installation mass of new Philadelphia Archbishop Nelson Perez.

Clad in his signature white robes, bare feet, and carrying a shepherd’s crook, the local icon dubbed “Philly Jesus” interrupted the otherwise solemn occasion of investing the Archbishop into office at the Cathedral Basilica of Saints Peter and Paul in Logan Square Tuesday afternoon. Before the celebratory mass, witnesses had seen Grant preaching to passersby on the sidewalk outside the church. Reportedly, in the middle of the proceedings, Philly Jesus attempted to storm the doors to the sanctuary. Despite being told by stationed guards that it was a private event, Grant continued to attempt entry. Philadelphia police were called, and officers again tried to reason with the bushily-coiffed apostle, but to no avail. Eventually Grant was handcuffed and physically dragged away from the front of the church. He sat in a sort of timeout with officers watching him down at the curb, and loftily told his captors that he forgave their “trespasses against [him.]”

Ultimately, Grant was trespassed from the Cathedral, meaning that he is barred from entering in the future, and hit with a $25 fine for disturbing the peace. He was later seen laying hands on the faithful, blessing individuals in the crowd.

This is not the first time that Grant has had a run-in with the law. He is currently suing the city for his December 2019 arrest at a Center City Christmas Village where he was soliciting donations and preaching to visitors. Grant claims that his First Amendment and religious liberties were violated.