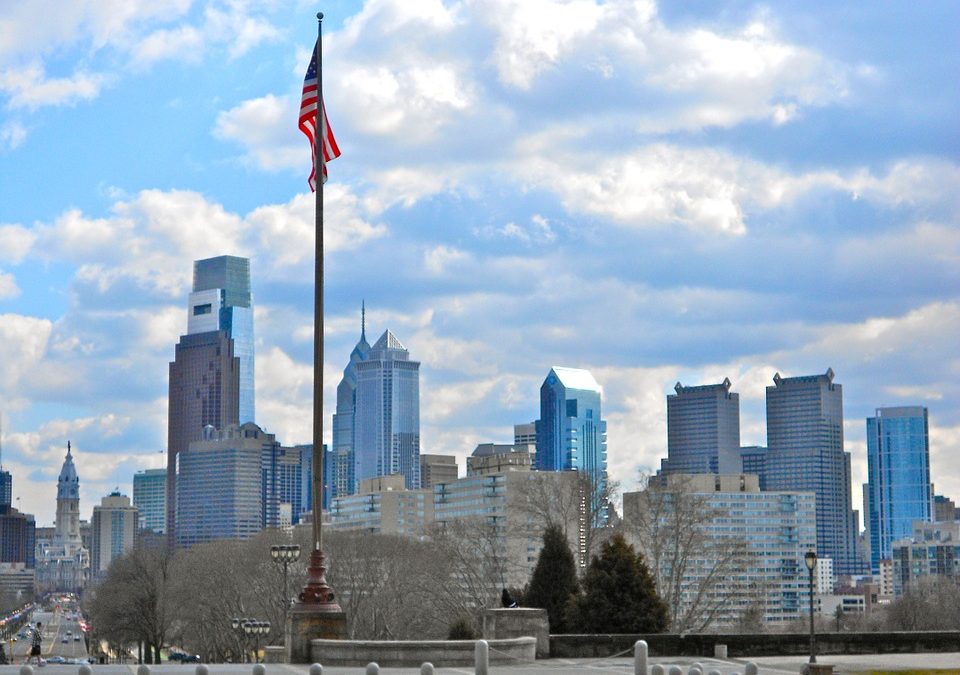 Call it Center City or downtown... either way, it's beautiful.

Every big city has a downtown, but Philadelphia’s is called Center City. That’s pretty unique, you have to admit. How did the name “Center City” come about, and when did it really take hold? The story is an interesting one, as it turns out.

Back when William Penn laid the plans for the city of Philadelphia, in 1682, the “city” as much smaller. The boundaries were the Schuylkill on one side and the Delaware on the other, and South and Vine Streets formed the north and south boundaries. Overall, the land was just 2.25 square miles. Philadelphia of Penn’s design was part of a larger Philadelphia County, bordered by Bucks and Chester.

Time, however, saw Philadelphia grow beyond that initial footprint. New counties came into creation and the map was redrawn again and again. By the time the Civil War loomed, “Philadelphia” consisted of 13 townships, six boroughs, and nine districts, all of which were independently governed. In 1854, an Act of Consolidation brought all these municipalities together under the common name of Philadelphia. The “original” Philly became known as “Old City Proper.” This is what we today call Center City.

That phrase was first uttered around the turn of the 20th century, when newspaper ads started referring to the “Center of City.” Historians note that this was the widespread and generally understood name for Philadelphia’s commercial core. Interestingly, the word “downtown” had only existed since the 1860s, when it was first used to refer to Manhattan in New York City. By the ’20s and ’30s, the phrase “Center of City” began to be shortened to “Center City,” both capitalized and not. The name stuck, and in 1947 the Center City Residents’ Association was formed, making the moniker somewhat official.

Here’s a little trivia: both Cincinnati and Charlotte, North Carolina also refer to their downtown districts as “Center City.”