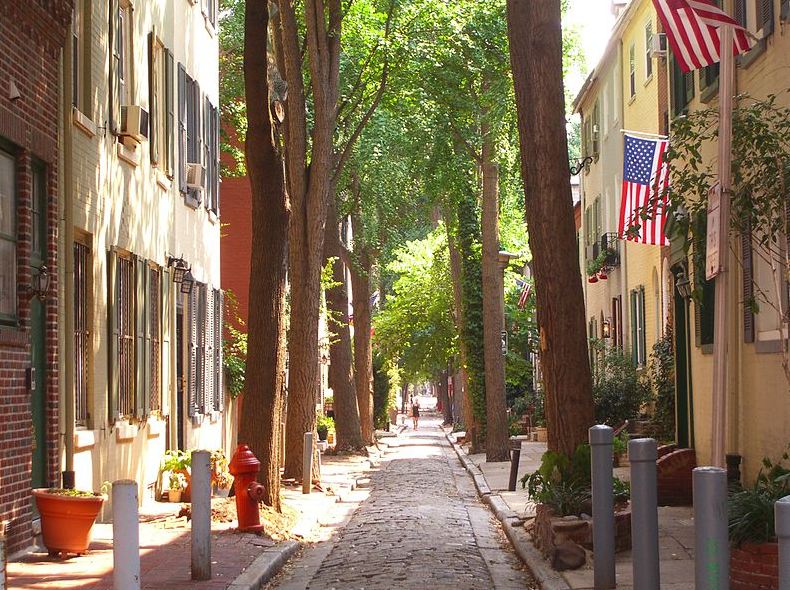 Old City Is Where The Country Began

Old City is a neighborhood in Center City, Philadelphia. Old City is one of the oldest neighborhoods in the entire United States and also the birth place of our country.  Old City is the site of Independence Hall where the Declaration of Independence was signed and many of Philadelphia’s other historic sites. In modern times, Old City his know for being Philadelphia’s popular nightlife destinations, with many lounges, dive bars, and quality restaurants mostly along the three blocks from 3rd and Market streets to Front and Chestnut streets.

Landmark Theatres operates three Ritz movie theaters in the area, specializing in art films. Old City’s boundaries are Front Street to the East, 6th Street to the West, Vine Street to the North and Walnut Street to the South.  Old City is North of Queen Village, South of Northern Liberties and East of Washington Square West.

For those who love to be in the thick of things, Old City Philadelphia is an easy walk from the Pennsylvania Convention Center and the most popular downtown hotels. Tourists visit on a a brief walking tour—it’s that small of a neighborhood—but it’s interesting enough to spend several days shopping and exploring its many cultural and architectural gems, and it’s a great place to live if you want convenience to the rest of Center City.

Use our neighborhood guides to find real estate in Old City.