What is the William Penn Statue Looking At? 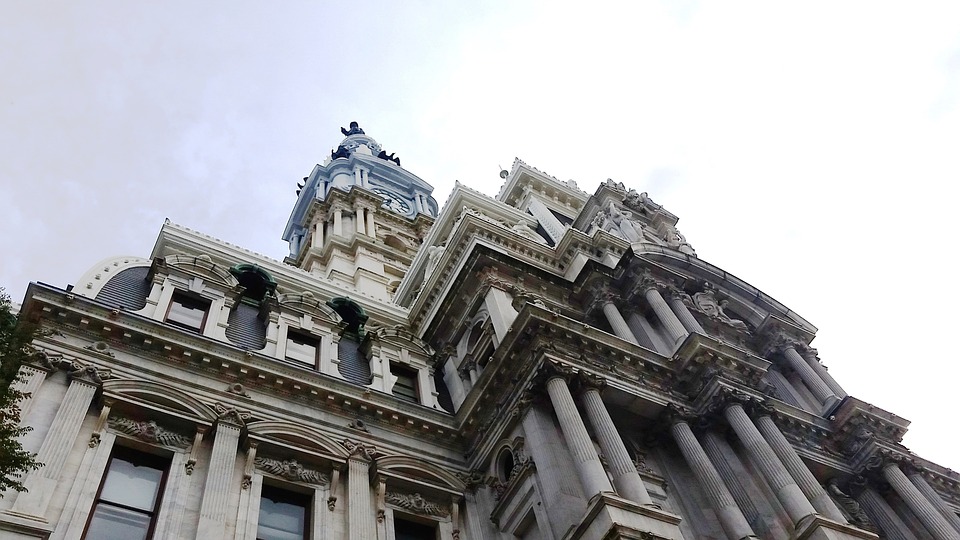 If you are a visitor to Philadelphia, it’s impossible to hit the city’s highlights without seeing the famous statue of William Penn atop the historic and beautiful City Hall. Situated in Old City, a nexus of landmarks (Independence Hall, the Liberty Bell), one gazes up in amazement at the 37-foot high statue of the man who planned and designed the layout of the City of Brotherly Love.

The Penn statue is highly symbolic. Created by Alexander Milne Calder and cast at the Tacony Iron Works of over 26 tons of bronze, the statue is reckoned to be the largest atop any building in the world. It was situated in 1894, and for a time marked City Hall as the world’s tallest building. Until One Liberty Place was constructed in 1998, there was actually a “gentleman’s agreement” that no structure in Philadelphia would stand higher than Penn’s head. Apparently, there was some debate over which way the statue should face when it was settled atop the French Empire-styled City Hall.

A possible answer can be found deep in the archives of the Philadelphia Inquirer, which published a story on the statue’s unveiling on Nov. 29, 1894.

“The figure is so placed,” the article explained, “that the eyes are gazing toward Treaty Park, the scene of Penn’s memorable meeting and negotiation with the red men of the forest, and the spot where were laid the foundations of the longest peace ever kept between the native American and the European settlers.”

Calder himself disagreed strenuously with the decision of the Public Buildings Commission, and declared that he intended the statue to face south, where the sun would shine down on Penn’s face all day long. Much of the public agreed with him, as evidenced by one hundred year old indignant letters to the editor, but the decision stood.

Did the ghost of Penn himself take offense when his statue was topped by taller buildings? It’s possible, as all Philadelphia sports teams started having catastrophically-bad seasons after 1998. To soothe the spirit of the man whose name lives on in Pennsylvania, a small statue of Penn has been placed atop not only One Liberty Place, but both Comcast Towers, which are even taller.