Philadelphia: A History (Part One) 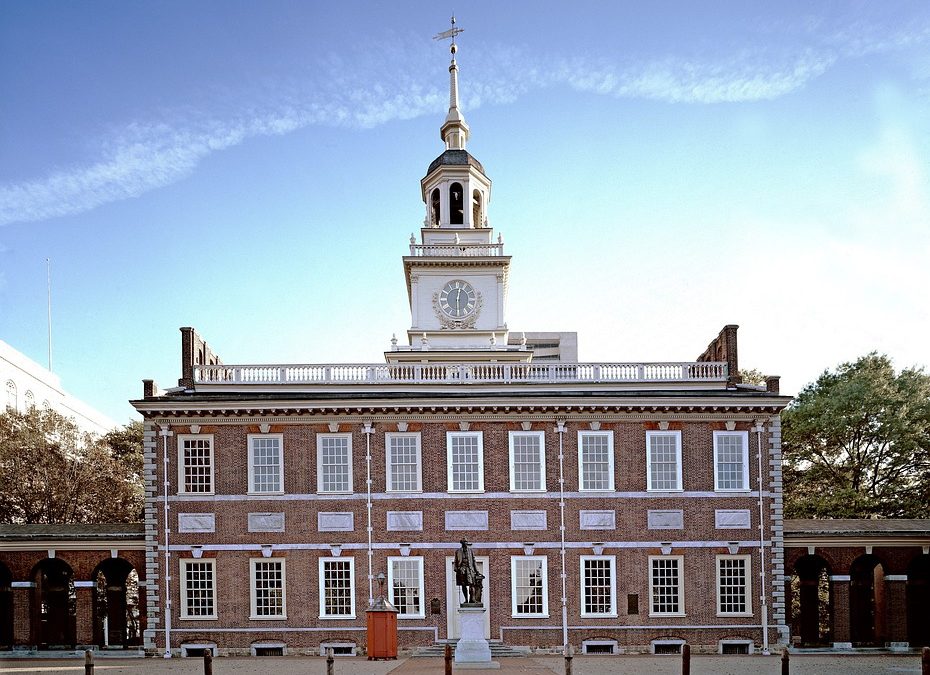 The history of the Philadelphia we know today is a storied and tumultuous one. We didn’t become the City of Brotherly Love overnight; it took a centuries-long run of religious squabbles, war, deconstruction, and reconstruction to build this formidable city, which is recognized as an integral part of American history. Philly’s story starts in the sixteenth century, long before it was settled by white men.

The earliest history of the land on which Philadelphia sits has it occupied by the Lenape (also called the Delaware) Indians. The tribe called the land that is now Fairmount Park Nitapèkunk, which translates roughly into “place that is easy to get to.” Closer to the Delaware River were the villages of Pèmikpeka, “where the water flows,” and Shackamaxon. The entire region was referred to as the Zuyd, meaning “south” river, or Lënapei Sipu.

The earliest European settlement of the Delaware River Valley area was established in 1609 by the Dutch, led by Henry Hudson and an expedition who came up the river seeking the elusive Northwest Passage. A large region, which encompassed the future site of Philadelphia, was claimed and christened “New Netherland” in honor of the Dutch homeland. Explorer Cornelius Jacobsen Mey – namesake of Cape May, New Jersey – first charted the Delaware Bay in the 1620s. On the west side of the bay, the colonists built a fort called Swanendael.

In 1637, former New Netherland governor Peter Minuit headed up the New Sweden Company, which was composed of Swedish, Dutch, and German stockholders. Minuit was resentful of his dismissal by a fully Dutch shipping company, and conspired with the stockholders to overtake New Netherland, equipped with the knowledge that the Dutch did not believe a territory could be legally claimed if there wasn’t actual occupation. The Dutch leaders had mostly vacated to focus on expansion efforts into the Hudson River valley, leaving the land ripe for the taking. Minuit and his companions ultimately established the first permanent colony with a fort at what is now known as Wilmington, Delaware. It was named Fort Christina, to honor the very young but popular Queen of the Swedes. As the colony expanded, it swallowed up land on the west side of the Delaware River, just south of the Schuylkill.

The first royal governor of the newly-dubbed New Sweden was freshly-minted nobleman Johan Björnsson Printz, who arrived to take control on February 15th, 1643. He ran the show for ten years, during which the administrative center of the colony was moved to the immediate southwest of today’s Philadelphia, on Tinicum Island. Here, he built the formidable Fort New Gothenburg and his own sprawling estate which he called the Printzhof.

Things got heated when, in 1642, a group of some 50 Puritan families traveled from the New Haven Colony in Connecticut with the goal of setting up a religious-based municipality at the mouth of the Schuylkill River. They were led by one George Lamberton, who brokered the deal with the Lenape tribe that allowed New Haven to purchase a vast plot of land in modern-day New Jersey south of Trenton. Enraged, the Dutch and Swedes set fire to the English buildings. Printz convened a Swedish court to convict Lamberton of both trespassing and conspiring with the local natives. With no outside help to support them, and an unidentified and fatal summertime sickness decimating their numbers, the New Haven colony was dissolved. The failure in Jersey had a ripple effect on the parent New Haven Colony, which in due time lost control of its area to the bigger and more powerful Connecticut Colony.

William Penn and the founding of Philadelphia

The man after whom the Keystone State was named arrived in on the scene in 1681 after being granted a large chunk of land by King Charles II. The land was repayment of a debt that the crown owed to William Penn’s father, Admiral Sir William Penn. The land in question encompassed all of what we know today as Pennsylvania and Delaware. The little-known Cresap’s War, which lasted for eight years, erupted between Maryland, the land granted to Lord Baltimore, and Penn’s colonists. Penn himself first set foot on North American soil at New Castle, Delaware, the site of an active colony. The transfer of government was peaceful and civilized, as was the norm in an age of genteel aristocracy, all of whom were nationalists. Penn was declared the new Proprietor of the colony christened with his name, and the first Pennsylvania General Assembly was held shortly thereafter.