Have We Hit Max Open-Concept? A Philly Rental Challenges the Trend 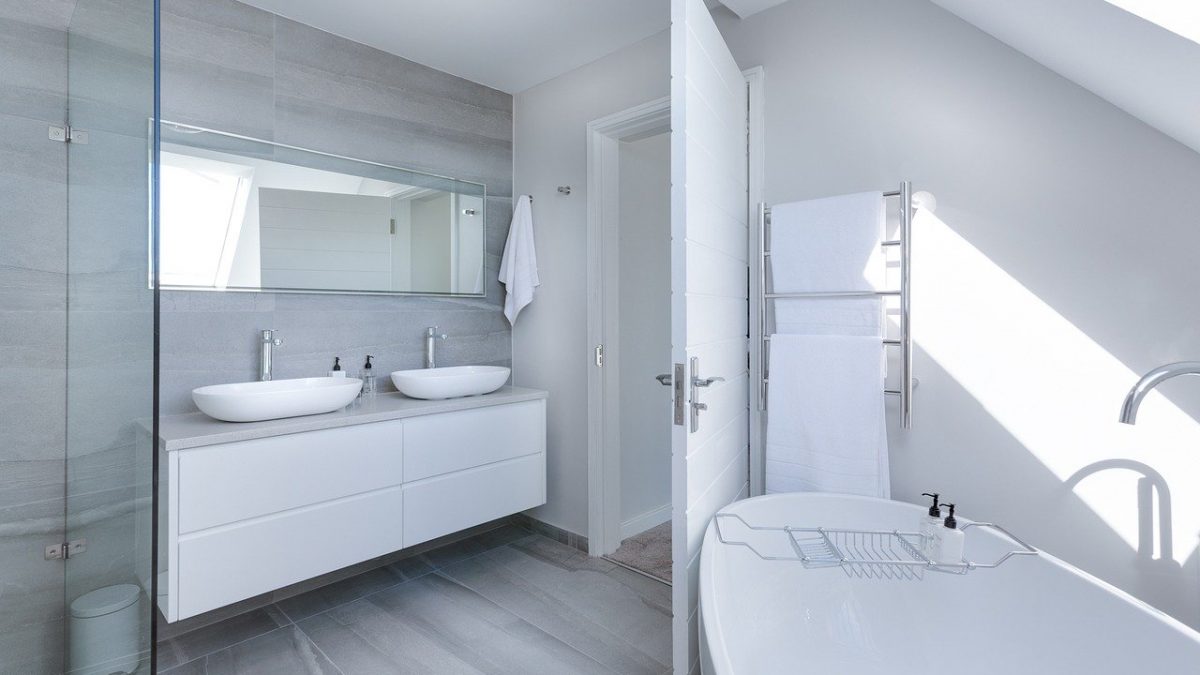 “Open concept” as a real estate buzzword has, in my humble opinion, hit peak saturation. I myself don’t see the point in knocking down perfectly good walls that delineate living space and allow for privacy and containment of noise, but I realize that’s a personal preference. The majority of today’s buyers want a free-flowing, wide-open floorplan where kitchen, dining room, living room, family room, den, etc. all bleed into each other by way of few or no walls. Just check out the condo listings here: being able to boast that you have that all-desirable “open concept floorplan” is the ace up the sleeve of just about every well-heeled homeowner. However, I think I have found proof that we’ve hit max open-concept: an open-floor concept concept that is so free and uninhibited that you can only gawk in amazement. I’m talking about an open-concept bathroom.

A University City rental has made national news with its master suite featuring a wall-less lavatory. There’s a tiled corner of the room with a vanity, toilet, and open shower… and no privacy whatsoever. Is this a thing? I was hoping that it was an isolated incident, but, according to Realtor.com, open (partially or completely) bathrooms are turning into some sort of trend. One commentator shared the tale of a warehouse-conversion, industrial chic hotel that had only partial walls around the bathroom and reported that you could “hear EVERYTHING.” Another anonymous owner of a home featured on HGTV’s Beach House Hunters said that they had a similar WC, and it made them crazy.

The rental’s broker argues that, in the Philadelphia case, the suite was obviously meant for a single person or couple to share, and therefore privacy wouldn’t be an issue. All I can say to that is that, in my own experience, the level of comfort with bathroom intimacy varies wildly between even married couples. Sometimes you want to keep a little mystique, you know?