Hamilton in Philadelphia – Part Two: The Musical and the Myth 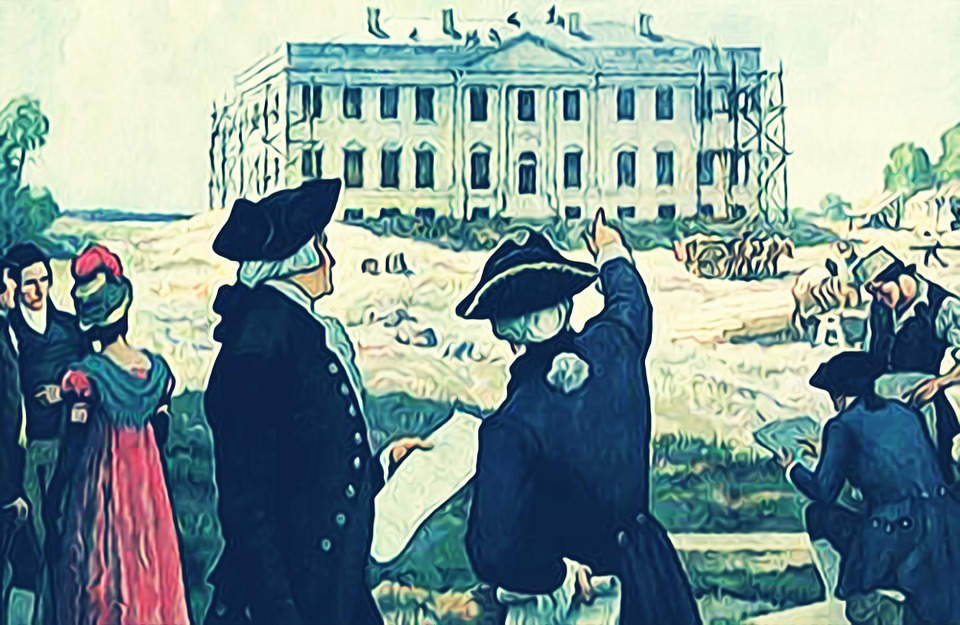 Yesterday, I gave you step-by-step directions for a self-guided tour of Alexander Hamilton’s Philadelphia. This lines up with the current production of Hamilton: An American Musical being staged by one of two touring companies currently at the Forrest Theater of the Kimmel Center.  Now, most American-born adults know at least a few facts about Hamilton, one of the liveliest Founding Fathers: he wrote The Federalist Papers (well, most of them), he was responsible for establishing a national bank, and… oh, yeah… he got killed way too young in a senseless duel with his long-term frenemy and political opponent, Aaron Burr (sir). You may even have caught a few of the showtunes in Starbucks while working on your laptop and consequently had the “work, work” hook of “The Schuyler Sisters” stuck in your brain on repeat for a solid week. But do you know the difference between the musical and the myths?

Note that the following post contains spoilers for Hamilton: An American Musical. If you have tickets for the show, come back and read this afterwards.

It all started with a book.

Lin-Manuel Miranda, the virtuoso mind behind Hamilton and also the originating actor of the title role, got the idea for the show from reading Ron Chernow’s incredible biography, Alexander Hamilton (non-affiliate link). This led to the creation of a handful of disconnected songs, dubbed “The Hamilton Mixtape.” Miranda performed some of these songs at the White House for President Obama and several guests, who pushed him to keep working on the project. The end product, a sung-through (few or no spoken lines) musical, has, like Hamilton’s “young, scrappy, and hungry” character, smashed every expectation and has been lauded by critics, showered with awards, and performed to sold-out audiences ever since.

Miranda took some liberties with the facts.

I could write a whole series of posts on the historical inaccuracies in Hamilton, but even as a history lover, I ain’t mad about it. Miranda wrote a Broadway hip-hop musical, not a documentary with sung footnotes and citations. A little dramatic license (okay, quite a bit) isn’t necessarily a bad thing. For one thing, (“…and”) Peggy, the baby and reluctant one of the Schuyler sisters, died very young. There’s a reason that only Angelica and Eliza are around in Act II. Oh, and Angelica? Was already happily married when her sister met Alexander Hamilton. There is textual evidence that they flirted a lot – Alexander was a serious ladies’ man, but more on that later – but nobody knows whether their brotherly/sisterly banter ever led to more. If it did, the two took it to the grave with them. As the finale states, Angelica is buried beside her sister and her beloved BIL in Trinity Church in NYC. Phillip, Alexander and Eliza’s ill-fated oldest son, raps at age nine that “[he] got a little sister but [he wants] a little brother.” In reality, the Hamiltons had a bunch of kids, girls and boys. Their eighth and final child, Phillip, was named after his big brother who had died in a duel the year earlier. Yes, him as well – while duels were a “thing” in the eighteenth century, most challenges died after talking it out – yet both Hamiltons, father and son, not only went through with their duels, but died in them as well.

Eliza Schuyler Hamilton was not a victim.

It’s easy to think that Eliza got trampled over in the show. She falls “hopeless”ly in love with the older, gallant Alexander Hamilton and gets caught up in a whirlwind courtship. A few years later, it all goes to the dogs: her sister, while ceaselessly supportive, is arguably more attractive to her husband; she finds out from a public pamphlet that Alexander has been sleeping around on her and blackmailed; and bad advice from said husband gets her oldest son killed. And yet, Eliza is a survivor and a genuine badass. She outlived Alexander by half a century, remaining lucid right until her death at the age of 97. She still vividly remembered her husband, and it is said that every time she passed his marble bust in the hallway, she touched it lovingly. Eliza Hamilton established the first private orphanage in New York City, providing a clean and safe home for hundreds of children. She fought for women’s suffrage, argued against slavery, and raised money for the Washington Monument. Her family home, The Grange, was sold out from under her and her surviving children when Alexander died in debt. Thanks to her fortitude and perseverance, she bought it back quickly at half the price. She was strong and proud, and nobody’s shrinking violet.

Enjoy the show! If you can’t get tickets, download the Ham4Ham app and enter the daily lottery for two $10 tickets. It’s one of the phenomenon’s best-kept secrets!