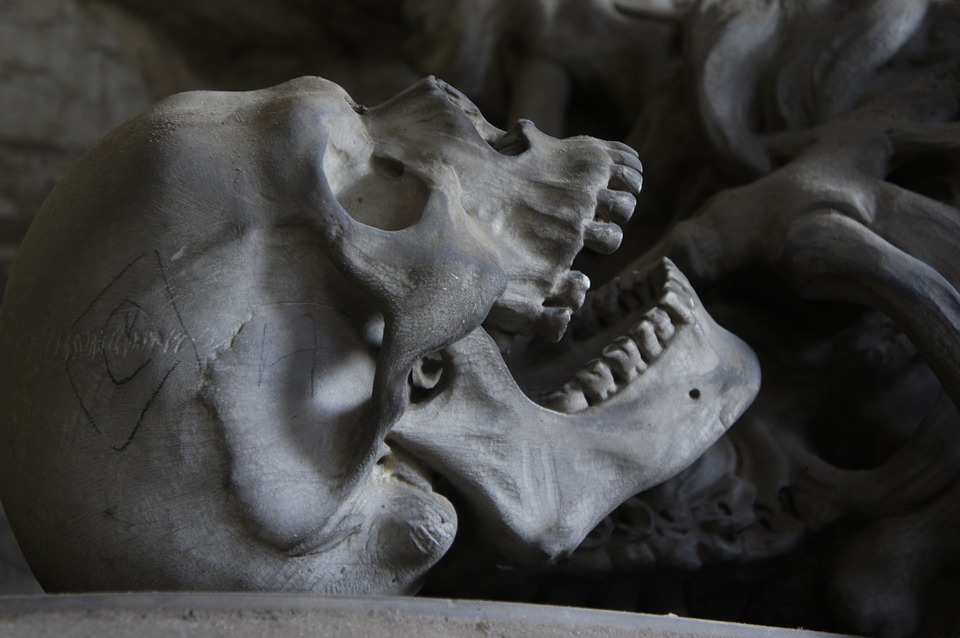 When I was in college (and afterwards), one of my favorite network TV shows was Bones, a procedural drama about a world-renowned forensic anthropologist and her FBI partner/love interest. The drama was steamy, but by far the most intriguing part of the show were the cases, inspired by real-world situations encountered by author Kathy Reichs. I was astounded by how Dr. Brennan and her lab team of “squints” were able to tell a person’s whole life story, just by examining their bones.

You can imagine that I was intrigued when I heard the news about a colonial burial ground being uncovered at the construction site of a luxury condo high-rise in Center City. Workers were clearing the land with a backhoe when they were met by a grisly discovery: human bones sticking haphazardly out of the ground. Alarmed, an anonymous tipster called the police. The cops then, in turn, sent scientists from the Medical Examiner’s office to check out the site. They found that the bones were old – as much as 250+ years old in some cases!

Amazingly, Pennsylvania has no laws governing these situations, especially when human remains are found on private land. Therefore, the bones were getting scooped up and damaged all willy-nilly. Kimberlee Moran, a local forensic scientist, read about the archaeological find in a scientific journal. Her interest was piqued instantly. She decided to assemble a team and go down to the dig site with the idea of maybe collecting and analyzing a few bones. Little did she know the scale of the project that would ultimately be uncovered.

From about 1702 until 1860, thousands of congregants were interred in First Baptist Church’s burial ground. At that point, the cemetery moved because the “old grounds” were in bad condition and becoming a local dumping site. The church intended to transfer all the bodies out of the site, but the Philadelphia Board of Health ultimately only allowed them three months to do the job… resulting in the vast majority of graves being left behind. The church was embarrassed by the situation and was careful not to publicize the fact that there were bodies left behind, and it wasn’t until 2017 that the first wave of graves were discovered.

Historical records left Moran and her team to believe that there were some 3,000 graves left behind. Up until this point, only 500 full sets of remains have been unearthed. Moran searched the site along with Anna Dhody, a forensic anthropologist at the Mütter Museum of Philadelphia. At first, the private company trying to do their construction work was uncooperative, and the two scientists were simply given a box of 137 long bones that had been randomly dug up. It took some persuasion to get the company to halt construction so that the dig site could be properly searched, but they finally caved as workers continued to be disturbed by the hunks of bone and wooden coffins that they kept turning up.

Along with Ani Hatza, a forensic anthropologist at Temple University in Philadelphia, Moran and Dhody took shifts monitoring the construction site as workers used the backhoe. When the uncovered dirt turned up any remains, the scientists swooped in to exhume what remains they could. It was far from a thorough job, Moran admitted. Eventually, the crew got to an area of the property where multiple burials were stacked on top of one another, multiplying the amounts of remains, and Moran put her foot down. She demanded that the construction crew temporarily stop working so that the site could be properly evaluated. They were given one week to clear the site. So the trio recruited every student, colleague, and volunteer who was capable of working under disciplinary guidelines, which include mapping the graves, taking photographs, and treating the bodies with the proper respect.

Despite finding hundreds of bodies, only three have been positively identified to date: Benjamin Britton, a baker and slave owner who died in 1782 at age 78; Israel Morris; and 3-year-old Sarah Rogers. Unique coffin handles helped the scientists date the coffins, and miscellaneous “grave goods” which were buried with the dead: jewelry, combs, fabric, and other bits of living history.

Moran is still working on the bodies, even those the luxury condos have long since been built and completed. Per the Philadelphia’s Orphans’ Court, which manages unmarked graves and cemeteries, she has until 2023 to respectfully rebury the bodies at Mount Moriah Cemetery, which became First Baptist Church’s new burial ground in 1860.

In the meantime, the scientists plan to present some of their findings at the annual meeting of the Society for American Archaeology next week, and apply for grants so they can fund their research on this pivotal find.