A couple of weeks ago, I blogged about a trio of Philadelphia natives who had gone on “Shark Tank,” been made a deal by shark Barbara Corcoran, and then had the deal fall though. Turns out, however, that this was far from the end of the story. 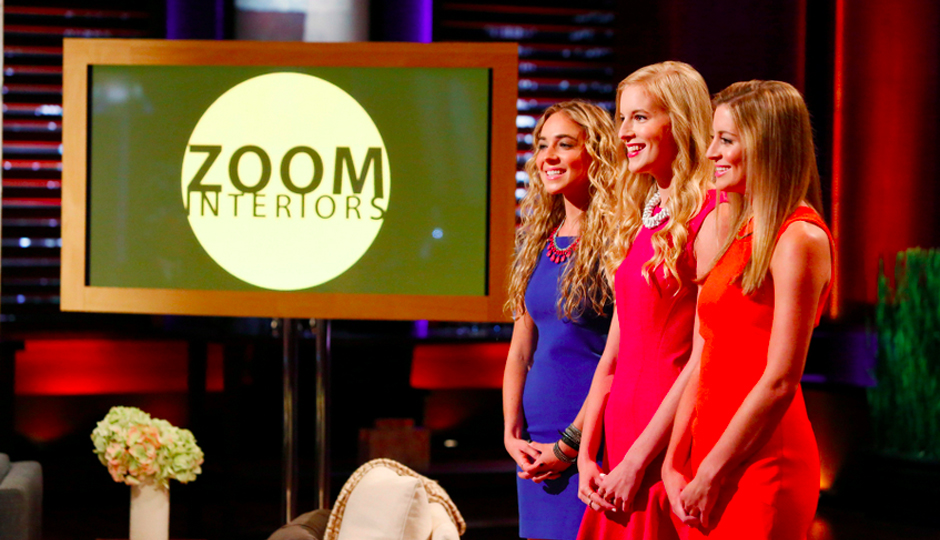 From ZOOM to Homee: it’s been quite a journey for these ladies since “Shark Tank” aired. (Photo: ABC)

On the popular ABC TV reality show “Shark Tank,” Madeline Fraser, Elizabeth Grover, and Beatrice Fischel-Bock pitched their virtual home interior design app, called ZOOM Interiors. After other sharks passed on the pitch, Barbara Corcoran offered the women $100,000 as investment bucks to get them off the ground. When it turned out that Corcoran would not be involved in a day-to-day mentorship role, however, the ZOOM team refused the money and struck out on their own.

And that’s when they hit paydirt.

Sean Rad, co-founder of the immensely popular dating app Tinder, happened to be watching “Shark Tank” the night the ZOOM Interiors episode aired. He told Fortune magazine that, when watching, he actually hoped the deal fell through because he thought they didn’t raise enough money and, also, that it wasn’t on “the most favorable terms” possible. When he heard that the deal did, in fact, fail to work out, Rad reached out to Fischel-Bock, with whom he had mutual friends on Facebook. And that’s when everything changed for the company.

After re-branding itself as Homee and quietly raising a whopping $5 million in seed money from “angel investors including Rad, Ben Silverman and Scooter Braun.” An initial funding round, “led by Peter Thiel’s Founders Fund,” brought Homee’s total take to $7.2 million. The app’s co-founders have said they will use the money for technology and for scaling their business.

Homee aims itself at older millennials, maybe around the 27-28 range, says Fischel-Bock. It combines bot technology and real-life designers to customize living spaces for users who specify the size and style they are looking for. Homee makes money when users purchase furniture or accessories from the app.

It’s competing in a tough field: other startups like Havenly and Homepolish offer similar services with input from real designers, but Homee’s co-founders believe they have found the perfect target customer: the urban millennial who is “ready to upgrade from IKEA-style furniture.”