Philadelphia Spruces Up For the DNC 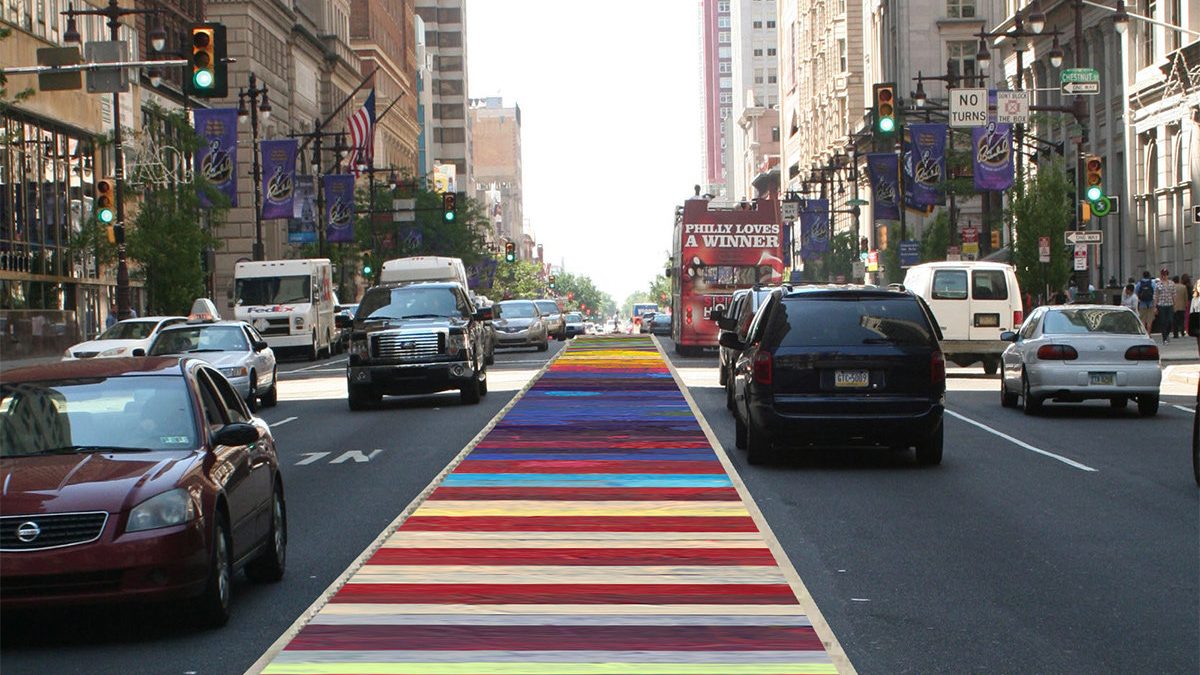 This multicolored mural is only one of the many improvements being made to the city in advance of the Democratic National Convention next month.

There’s a big party coming to town, and like any good host, Philadelphia is cleaning house in preparation for its special guests. The Democratic National Convention will be in the City of Brotherly Love late next month, and city officials are working overtime to make sure that Philadelphia puts its best face forward when appearing on the national stage. 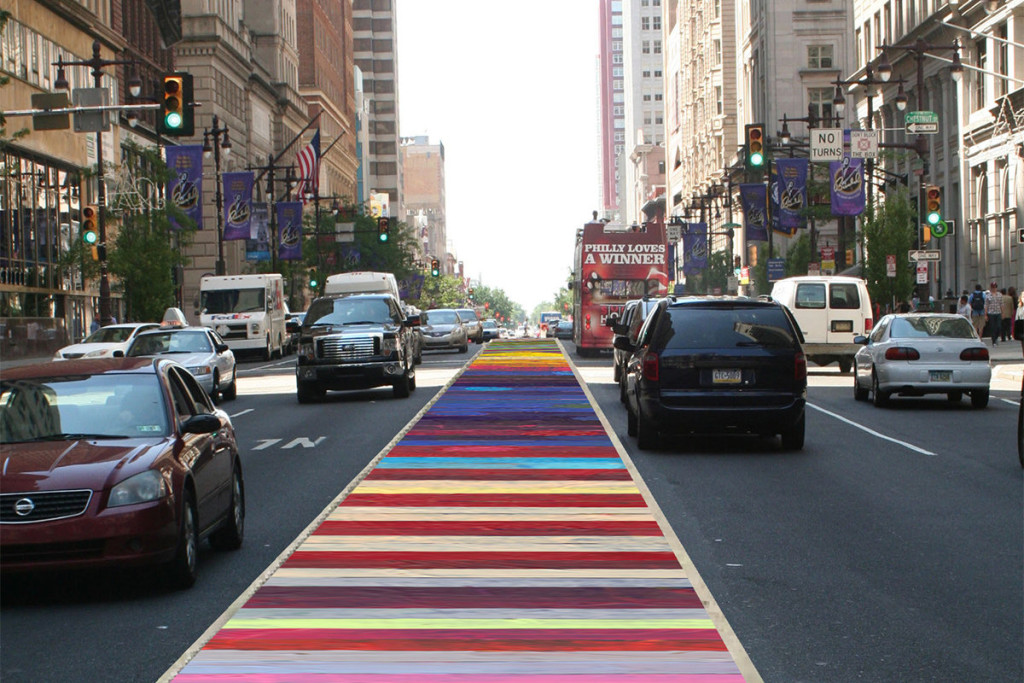 This multicolored mural is only one of the many improvements being made to the city in advance of the Democratic National Convention next month.

Right now, says the Inquirer, there are cracks in the sidewalks surrounding the Convention Center, where the main action of the DNC will take place. Construction work in Center City is blocking sidewalks, making it impossible for pedestrians to pass through. And the flags around the Benjamin Franklin Parkway are showing their age, fraying at the edges. These are just some of the items on the city’s to-do list of improvements to complete before the DNC kicks off on July 25th.

In the last few months, the city has deployed teams of volunteers to canvass the sidewalks and roads around the convention center and in Center City to look for potential areas of improvement. And now that they have that data, they are getting to work on fixing things up.

Jennifer Nagle, vice president of business development for the Independence Visitor Center and a volunteer with the host committee, said it best: “This is a very walkable city, and we want the convention attendees to feel that way, too, to feel welcomed, see those banners, and really showcase Philadelphia the best way we can.”

Among those improvements: extra lighting along Avenue of the Arts, Boathouse Row, and the south side of City Hall, along with a courtyard light installation, decorating City Hall with patriotic bunting, cleaning up bus shelters and installing several new ones in Center City along South Broad Street, replacing the state flags on South Broad Street, replacing the national flags on the Ben Franklin Parkway, and installing a mile-long mural on the South Broad Street median from City Hall to Washington Avenue. New planters and other decorative elements are also being installed.

Altogether, Philly will be shining like a jewel by the time that the DNC comes to town!