Security to Be Intense During Papal Visit 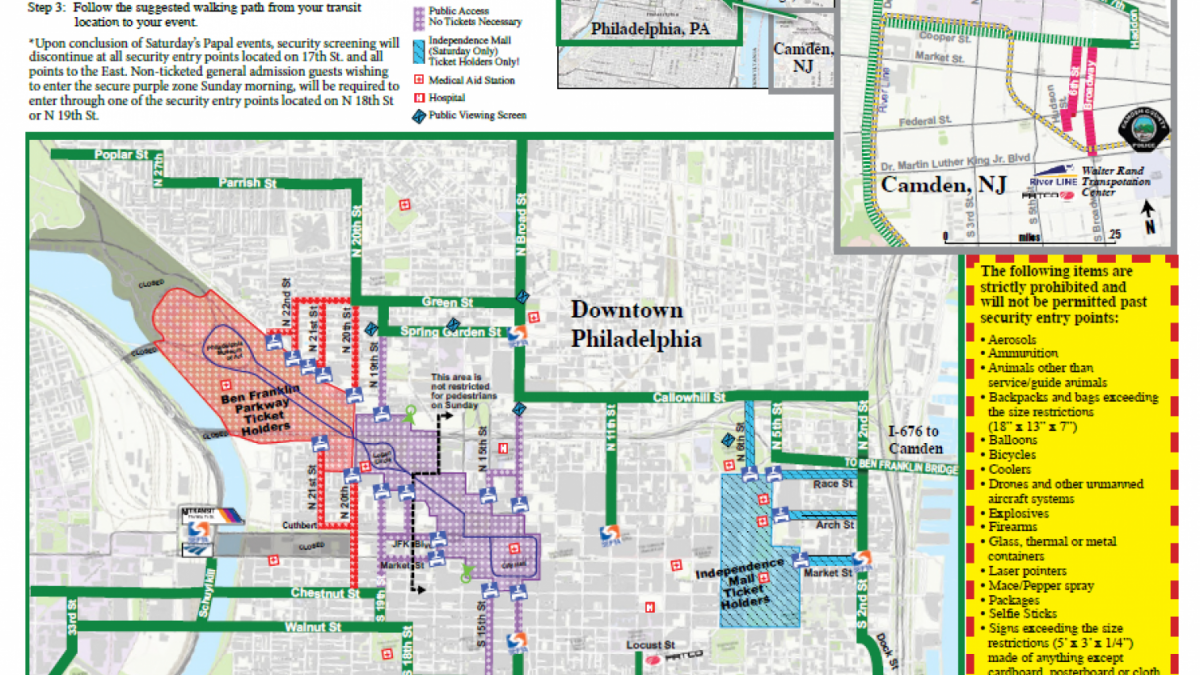 This pamphlet released by the Secret Service shows a map of the security perimeters and contains a list of prohibited items.

The Secret Service released a pamphlet yesterday outlining additional security details that will be put into effect during the pope’s visit. There are several prohibited items on the list, and the pamphlet also outlined walking tours for those who wish to visit locations the pope will be near during their visit. The release outlined security measures that will need to be followed by anyone who wants inside the security perimeter that has been erected for the pope’s visit. The pope will be attending a Festival of Families on September 26th and holding a public outdoor mass on September 27th, both on the Benjamin Franklin Parkway. 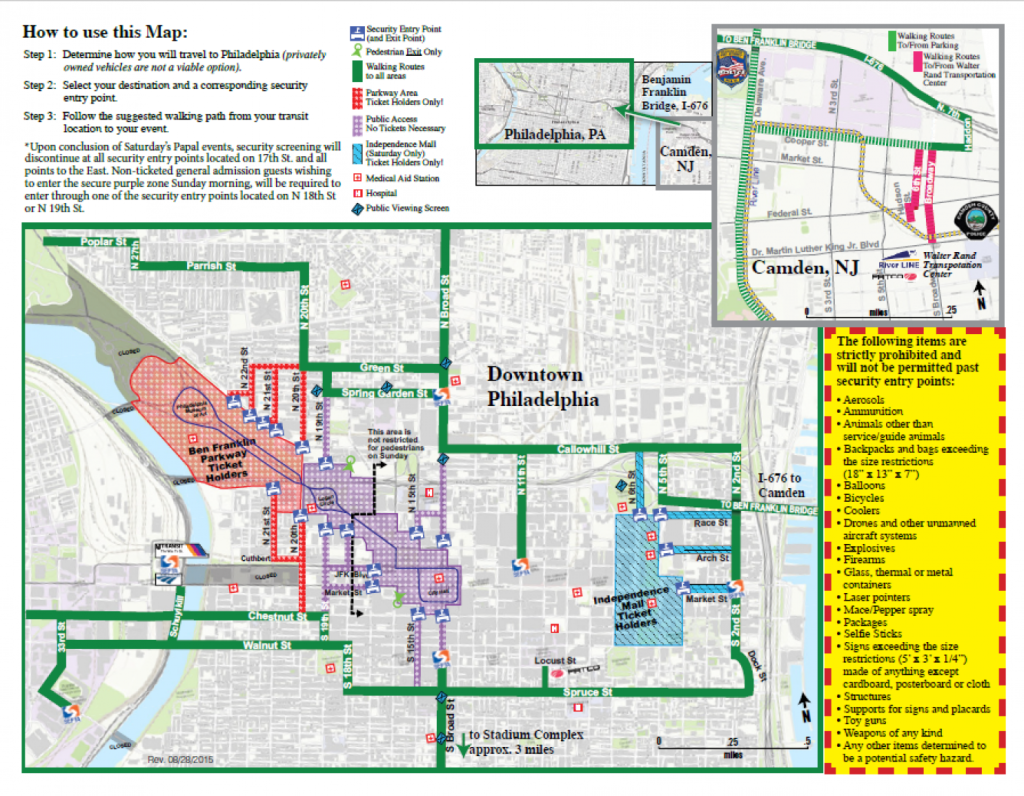 This pamphlet released by the Secret Service shows a map of the security perimeters and contains a list of prohibited items.

Items considered on lockdown within the security zone include selfie sticks and drones (so much for your photography!), toy guns, aerosol items, ammunition, oversized backpacks or handbags, animals other than service animals, and balloons. Coolers won’t be allowed in either. Leave your bicycles at home; they aren’t allowed. Only small signs made of cardboard, posterboard, or cloth will be allowed in. There is also a blanket statement that “anything else determined to be a security hazard” won’t be allowed in, so interpret that as you wish.

If this all seems a bit overkill to you, know that you aren’t alone. Mayor Michael Nutter has been criticized for his aggressive approach to security during the papal visit, with many saying that the security perimeters and traffic boxes are too intrusive. This latest set of instructions, however, was issued by the Secret Service, which is in charge of keeping the pope safe. As you are unlikely to get anywhere good rebelling against the security restrictions, you would likely do better to just embrace the crazy and weather the storm that is the papal visit.