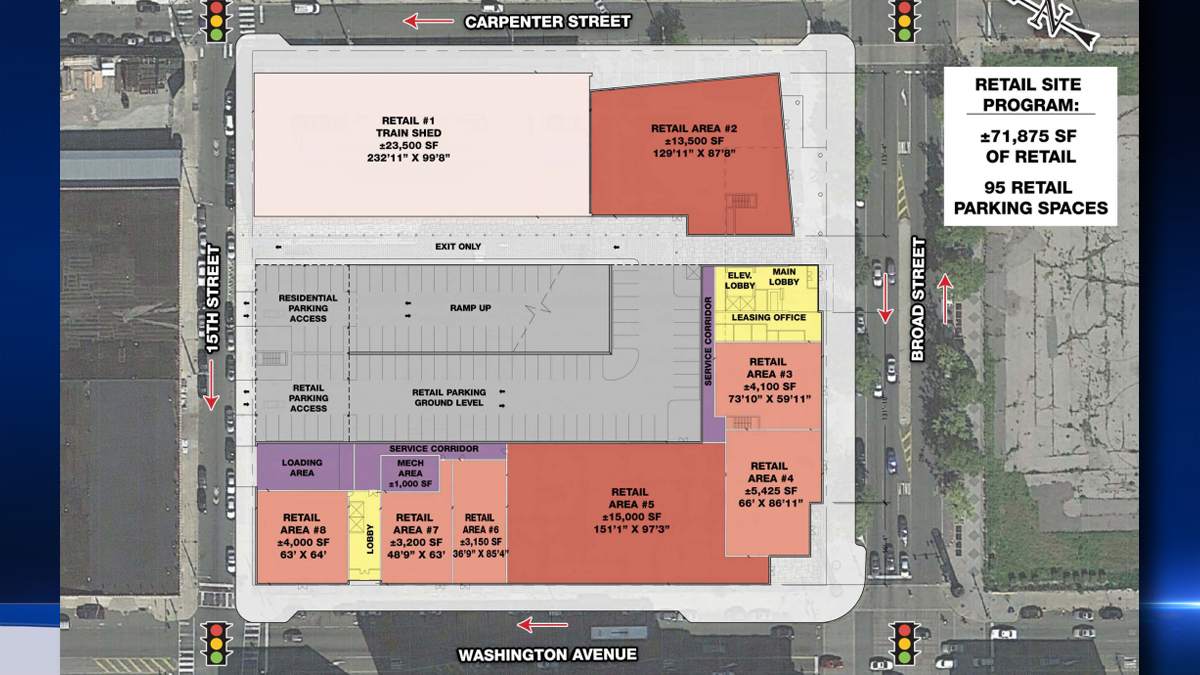 This rendering from Metro Commercial Real Estate shows the planned layout of the first site at Broad and Washington.

Big changes are coming to the Avenue of the Arts/Graduate Hospital neighborhood in Center City. A pair of vacant spaces are in the works to be developed on a grand scale. As the sites are situated in a highly-visible location in Center City, this is big news for the area. 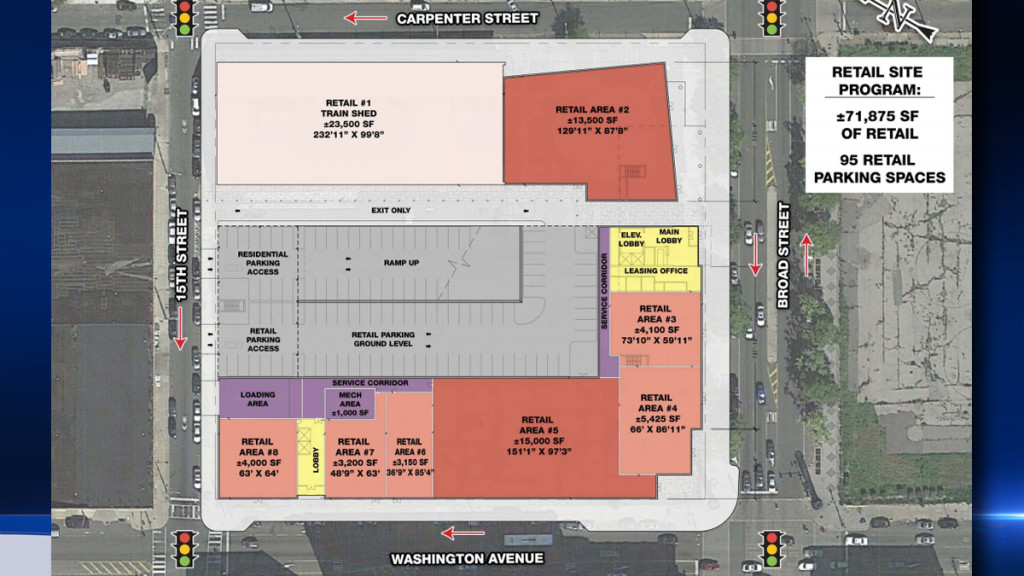 This rendering from Metro Commercial Real Estate shows the planned layout of the first site at Broad and Washington.

First up is a site that is currently a surface parking lot in GradHosp, at the northwest corner of Broad and Washington. Plans are currently under development to turn the site into Lincoln Square, a mixed-use retail and apartment complex. The project would stack 310 apartments on top of approximately six retail spaces in a U-shaped building several stories tall. The building will surround a parking deck with 95 spots. At nearby Broad and Prime Streets the old train shed will be developed into two additional retail spaces. Altogether, the sites will consist of 71,000 square feet of retail space. It’s estimated that the project will be finished some time in 2017.

Across the street, at the second site, Bart Blatstein will be developing an entire city block at Broad and Washington. Blatstein, who spearheaded the Piazza in Northern Liberties, wants to bring the same dynamic approach to mixed-use space to the new site. It is being designed as an “all in one” community, one that Blatstein says residents will never want to leave. There will be every conceivable amenity: “a dog park, a pool, a running park, a private garden, fire pits, grilling areas, outdoor movies, and tennis courts that convert into volleyball pits.” All the outdoor activities will take place on the spacious roof. Inside, there will be retail and restaurants alongside the residences, along with even more amenities.