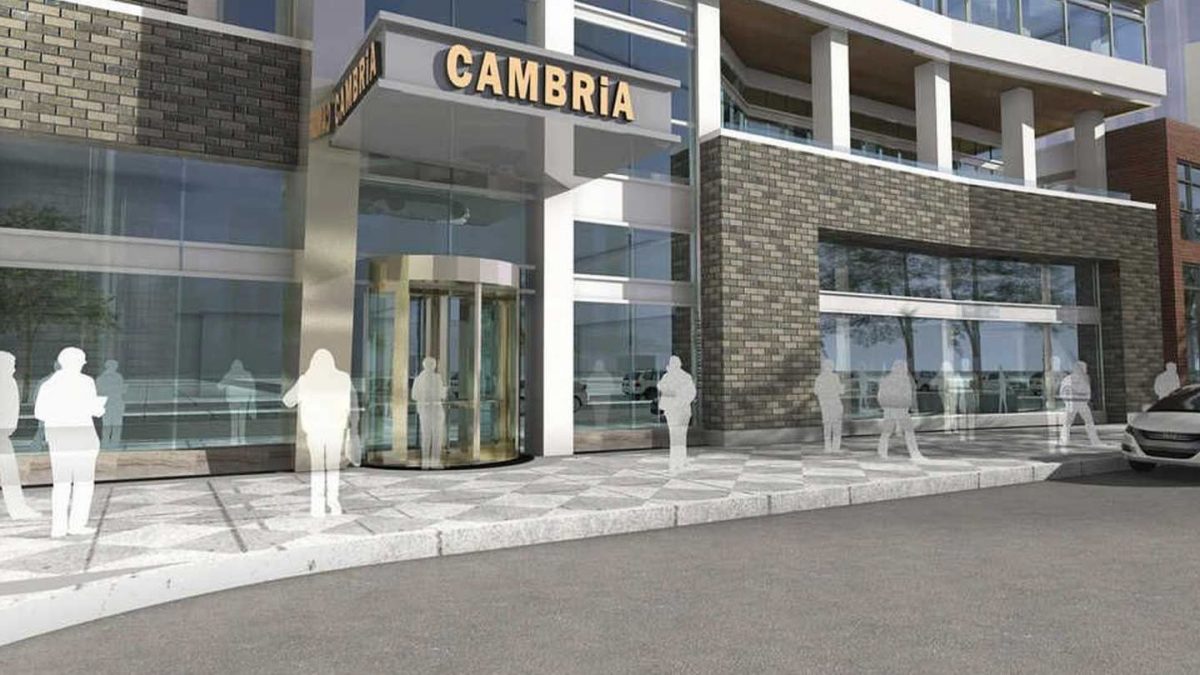 Yet more upscale hotel rooms are coming to Center City. The Philadelphia Cambria Hotel will, after two years of construction and anticipation, be opening late next month. With fifteen stories and 223 rooms, the boutique hotel on Broad Street is part of a larger plan to bring more hotel rooms to Center City. Currently Center City has a hotel room inventory of about 11,200, which isn’t as much as it sounds like considering the City of Brotherly Love’s ever-growing profile on the national scene. Between this year and next, inventory will grow by sixteen percent with the addition of 1,800 new rooms.

The Cambria will be a delight for the senses, with a two-story entryway and a sculptural staircase leading to to the main lobby and restaurant, which will be an outlet of the trendy, spendy Del Frisco’s Grille. The hotel will feature a conference room large enough to seat 112 people and an enormous, state-of-the-art fitness center on the third floor. There is a terrace overlooking Broad Street that encourages patrons of the hotel and restaurant to take in the views.

Per the Philadelphia Business Journal: “2017 was record year for Philadelphia hotel properties; Center City hotel occupancy was 78.2 percent, according to STR and CBRE Hotels, representing a small change from the 78 percent reported in 2016, which had the highest occupancy in 70 years. 2017 was the fourth consecutive year of record annual occupancy. Hotels hit the 78.2 percent figure despite a 4.5 percent increase in the number of hotel rooms, a result of six new hotels that includes the AKA University City.”

Aside from the Philadelphia Cambria Hotel, the Aloft Philadelphia Downtown, which was converted from the historic Liberty Title and Trust building at Broad and Arch streets, recently opened on North Broad. Like the Cambria, the Aloft is an upscale boutique hotel with generous amenities and plenty of aesthetic appeal.